ONE THEORY OF HOW RALEIGH HILLS GOT ITS NAME

Raleigh S. Robinson, who is a native of Washington county, now owns and operates a portion of the farm where he was born on the 2nd of May, 1857. His 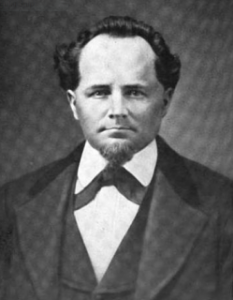 parents were William J. and Emeline (Barnum) Robinson, the father's birth having occurred in Mercer county, Pennsylvania, on the 12th of October, 1827, and that of the mother in Jefferson county, Indiana, on September 16, 1829.
They were married in the latter county on the 9th of January, 1848, but began their domestic life in Jennings county, Indiana, where they resided until April, 1851. The children of pioneers, naturally they felt that better opportunities were afforded all young people in a new country, so despite their very limited means and the many hardships and dangers they knew lay before them, they courageously started across the plains to Oregon.
The journey was long and tiresome, occupying nearly six months, but in September they arrived in Clackamas county, where they spent six weeks. In the following March Mr. Robinson filed on a donation claim in Washington, county, to which they removed and there spent the remainder of their lives.

Raleigh Hills seems to be named after Raleigh Robinson. A post office named Raleigh was established in the area April 1892, and was closed twelve years later. Southern Pacific's Red Electric line had a stop in Raleigh from 1914 until the line ceased operation in 1929. A Raleigh Hills branch of the Portland post office was opened in 1968.

Raleigh Hills is a neighborhood within the metropolitan area of Portland. It is located in the southwest hills in Washington County, bordered by Beaverton to the west, West Slope to the north, with Progress and Garden Home to the south. the population is about 6,000.

The central area is located at the intersection of Oregon Routes 10 and 210. That is  the Beaverton Hillsdale Highway and Scholls Ferry Road intersection:

The Beaverton Historical Society is dedicated to the preservation, interpretation and celebration of  city history. It is an all-volunteer organization, any gift or donation large or small is greatly appreciated and will help  promote cultural heritage through presentations, education and events.

The purpose of the Multnomah Historical Association is “To collect, preserve, to exhibit, to publish material of a historical character and to develop community wide interest in the history, growth and development of the Southwest neighborhoods of Portland, Oregon.”

Dedication of a new bench in honor of Terry Moore on Oleson Road at the 80th Ave.

Moore, Terry Hofferber 64 Dec. 08, 1949 June 13, 2014 Terry Hofferber Moore died Friday, June 13, 2014, from heart failure. Terry spent her life on all sides of the public policy table, beginning as an activist to get laws changed, as a staff person to help change them and then as an elected official to vote to make positive changes to people’s lives. Terry was born in Ann Arbor, Mich., and grew up in Missoula, Mont. She graduated from Lewis & Clark College in Portland and taught French and Spanish at Sam Barlow High School in Gresham from 1973-1976. She began her public service career as administrative assistant in the Portland Bureau of Planning and Office of Planning and Development and as secretary to the Planning Commission from 1977-1993, and was the citizen outreach coordinator for the Bureau of Planning from 1995-1999, during the contentious Southwest Community Plan process. Terry was elected as Metro councilor serving from 1992-1995 and worked to adopt the Region 2040 Growth Concept. She advocated for parks, trails, greenspaces and accessibility issues. She was elected to the Tualatin Hills Park and Recreation District board, serving from 1995-2003 and as chairman. From 1989-2008, she was a leader in the Raleigh Hills-Garden Home Neighborhood Association, working on the street design task force and the Oleson Road Reconstruction Project PAC. She also served on the Oregon Structural Codes Advisory Board, the Portland Audubon Society Board of Directors, was a Governor’s Appointee of the State Disabilities Commission, on the Board of Directors of Quad, the assisted housing complex for disabled people and was a founding member of the Oregon Architectural Barriers Council board. She advocated for sidewalks and bike lanes on the improvements to Oleson Road, and then worked to keep the “garden” in Garden Home by spearheading the planting of three-and-a-half miles of Oleson Road with daffodils, trees and hanging baskets.

A Short History of Multnomah Country Club Addition and Broadmoor 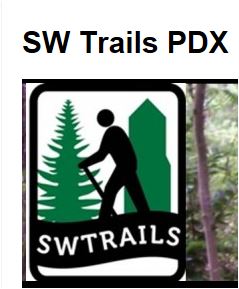